I contacted Karen in May 2018 from my hospital bed. I had just met with a surgeon who had explained to me in detail the procedure I would have to undergo, sooner rather than later, if I could not get my condition under control. I had spent most of the year quite unwell and had been admitted to hospital twice already by this stage. Mentally as much as physically I was really struggling and Karen had been recommended to me by a work colleague. Karen arranged an appointment as soon as possible and gave me some great advice as how best to cope until my consultation. Above all she gave me piece of mind that there was ways to tackle this.

I had been diagnosed with Ulcerative Colitis in 2013 but never really took the condition as seriously as I should have until I flared quite badly in 2018. Karen helped give me a better understanding of the disease, how it affects us and what we can do to help battle it. Through a nutrition and supplementation protocol I managed to get my condition stabilised in conjunction with my medication. However, I was still not 100%. Karen suggested we do a few tests to look deeper into what was going on inside me and based on the results of these tests we came up with a new more specific plan. That was in August and since then, in the last 3 months, I have nearly felt back to myself. There is still some way to go but with Karen’s support and knowledge I know I am on the right track.

Karen has been fantastic to work with. She is very passionate and knowledgeable about her work. Her own story and background with IBD really help her understand the disease and the affect it can have on your quality of life. It is very evident that she cares about the well being of her clients and the results that she achieves with them. I would highly recommend her to anybody who is suffering and looking to get back to living a normal life while managing IBD. Steve. Cork.

“I have been a diagnosed Crohn’s and Rheumatoid Arthritis sufferer since 2012 (although my first symptoms started 12 years prior to my diagnosis), my illness has always been treated by a combination of steroidal and non-steroidal drug treatment which has worked well to combat the severe and immediate issues. I had many smaller conditions which I had accepted were part and parcel of this disease and had learned to live with. I first visited Karen in September 2018 after reading her own story and recognising the similarities with my own. We discussed my medical history in depth and addressed several issues from the time I was a newborn until now that I had never considered were connected to my inflammatory disease. It has been 10 months of manageable changes to my diet and lifestyle that Karen advised and I am in the best place physically and emotionally that I ever remember being in. I had learned to live with daily pain and a permanent sense of fatigue. Within 3-4 weeks of starting the plan outlined by Karen, I had begun to realise the extent of how much my daily life had been impacted. The most notable impact I felt has been with my energy, it was as though I got my whole life back. I also began to notice significant improvements with my health, I had no issues with my bowel or joints (not even a flare). I have suffered from chronic mouth ulcers for over 11 years and have never gone more than a week or two without one. I have gone 6 months without any mouth ulcers at all. I had a patch of psoriasis on my upper left arm which had gradually become worse over the past 2-3 years, I have tried different antibiotic creams, steroid creams and had just been told that I may be developing vitiligo from a GP as there had been no improvement at all. I can say in all honesty, that I do not have one patch of psoriasis anywhere on my body. I’ve also seen major improvements with my sleep pattern and quality as well as my over-all well-being. This is a permanent life-style change and I can’t believe how simple it has been. I had never associated that diet could have such an impact when it came to managing my illness, I could never imagine going back to how I felt less than one year ago, this has been a genuinely life-changing experience. Erin (28) Kinsale. Co.Cork.

I have been working with Karen for over 2 years now. Her professionalism and dedication to her work are inspiring to say the least. Throughout this time I have learned a great deal about my own health profile and how to identify when my health is deteriorating along with how to manage this. When I first saw Karen I was in a difficult place from a health perspective but we have worked through this methodically and today I am in an excellent mental and physical state. I would consider Karen to be an expert in auto-immune conditions and she is definitely my go to person for health related matters’ Conor, Cork.

“I had struggled with severe gut issues for a number of years having previously lived in developing countries and contracting serious gastrointestinal infections. On returning to Ireland I worked with a number of health professionals who failed to provide a solution. Karen, immediately went into a deeper diagnostic and after a three month programme with her my issues had pretty much all cleared up. Six months on and I feel like a new man!” Chris F, Dublin.

Working with Karen was and is life changing and life giving for myself and my son .Karen has been working with us for two years. We were in a lot of pain with high levels of inflammation in both of our bodies and had to take a high level of pain relief just to function. Following the food recommendations and professional grade supplements recommended by the non invasive testing that Karen did for us we learned what foods were beneficial for our bodies and what foods and were contributing our inflammation. Karen is very knowledgeable and reassuring. Working with her has been of great benefit to us. It is true to say that she has given us back our lives through her testing and has taught us so much about the value of food as medicine. Our lives have been transformed from pain filled to pain free. From not being able to move freely to having joy in our pain free lives and from being on lots of different medications to needing none at all. A heartfelt “Thank You” Karen Marie

We found Karen after searching online for help with my husbands IBD. He had been through a full colectomy and reversal, but was starting to show symptoms again. I was particularly interested in the fact that Karen had been through similar medical issues. Luckily for us, Karen was local and we set off to visit her. Initially, We did 3 sessions over a couple of months to get the right diet and supliments in place. While he is still taking minimal daily medication, he hasn’t had to increase, and it showing low/no symptoms for over 3 years. The diet changes are definelty the most challenging, but after the initial daunting feeling, it quickly becomes the norm to have the cupboards and freezer stocked with the right food. I assure you it does get easier if you are just starting the journey!! Karen has been extremely helpful along the way with any follow up questions we have had. We recently did a family checkup and plan to continue this over the coming years!! I also have recommended Karen to many people, who always has similar positive stories after their visit!! J and L.

Karen Ward is simply amazing! The depth and breadth of her knowledge is phenomenal, I love going to our appointments because I always learn so much. But even more than that, she is kind and compassionate in her care, she really listens and is so understanding about the health challenges that people are facing. She has been hugely instrumental in helping my daughter recover from Chronic Fatigue Syndrome and has helped me achieve my health goals over many years, I am deeply grateful to her and as a fellow health professional I can’t recommend her more highly. 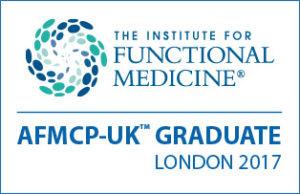 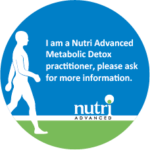